Looking for a team or need an extra player for your team?

Already Belong to a League?

Register for Any, All Seasons

RMBL Bowling Leagues are coming BACK to Moe’s! Once again, we’ll be offering a longer season so that you can bowl your way to your best life.

Changes for the upcoming 19-20 Season

If you haven’t joined a Rocky Mountain Bar League before, our league aren’t your traditional uber-competitive leagues you see at a regular bowling alley. This is a social-oriented league where you can have some laughs and drink a beer with friends. Add in the chill atmosphere of Moe’s BBQ and Bowling and you have the perfect leagues to add fun to your weeknights and break-up the work week. 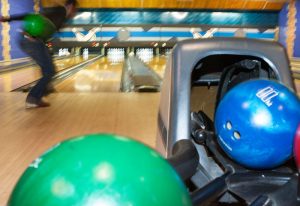